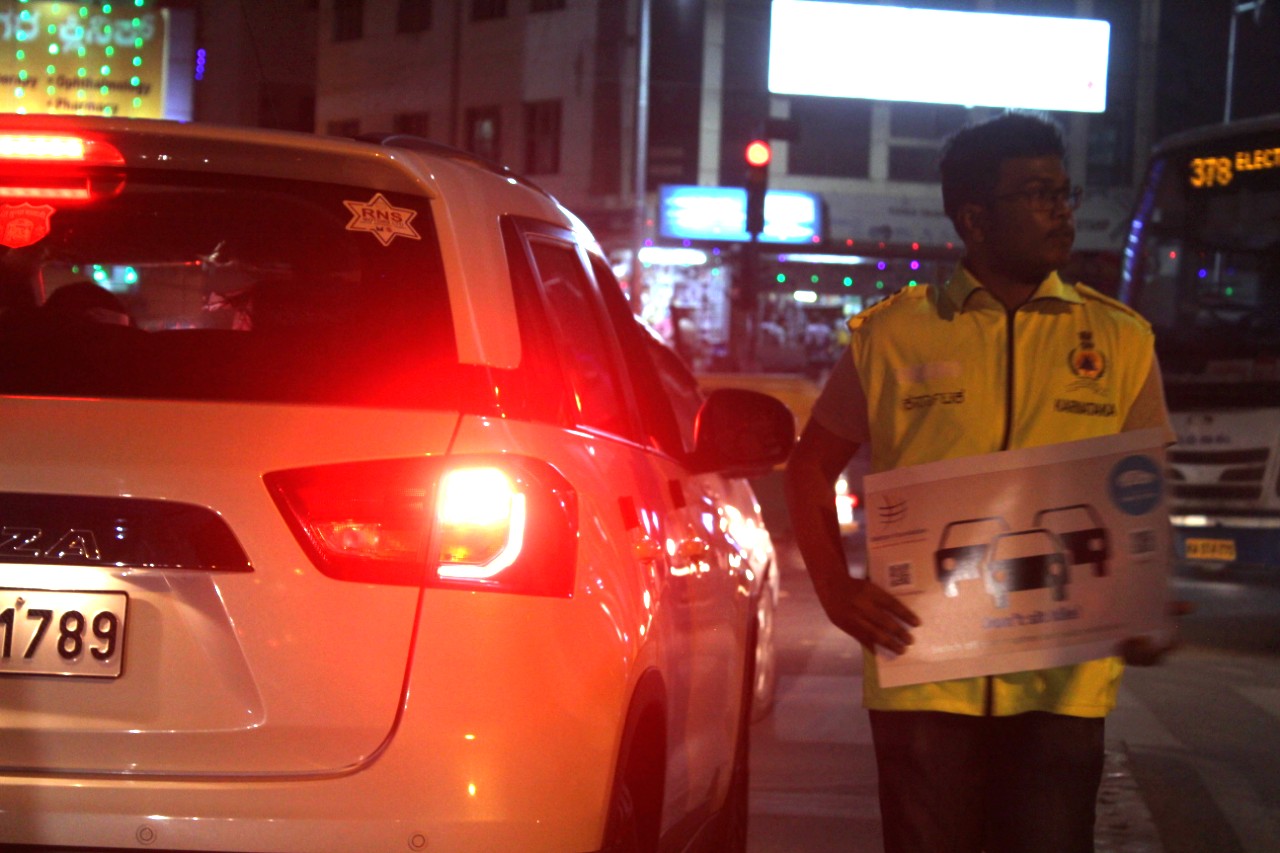 Air pollution is a global issue. Many developing and developed countries face acute levels of air pollution. A major portion of air pollution is caused by autobiles. Numerous poisonous gases are also emitted, leading to an increase in global warming. Countries are constantly trying to keep the air clean leading to pleasant living conditions. Shreeguro addressed this issue by working with students, working adults and retired professionals. He adds, "Each section of the community had to be addressed differently. The students and young adults were more responsive to the environmental damage, the working adults to the cost cutting trick and the retired professionals to the peaceful environment that could be created. The conversation had to revolve around their specific needs, as I convinced them to change their practices to grow into a sustainable community. I approached the community at traffic signals where I interacted with them, and spread awareness regarding the emissions from our vehicles and how we could contribute to global change by switching off our vehicle engines at the red light. My Act of Global Citizenship reached an approximate of 50 people. I collaborated with a local organisation - The Karnataka Civil Defense, and a friend. The Act was well received by the public and seeing the engines being switched off gave a sense of satisfaction. I also reached a point where the neighbouring cars were switching off their engines without me approaching them."