Can a Person be Spiritual and Homosexual? 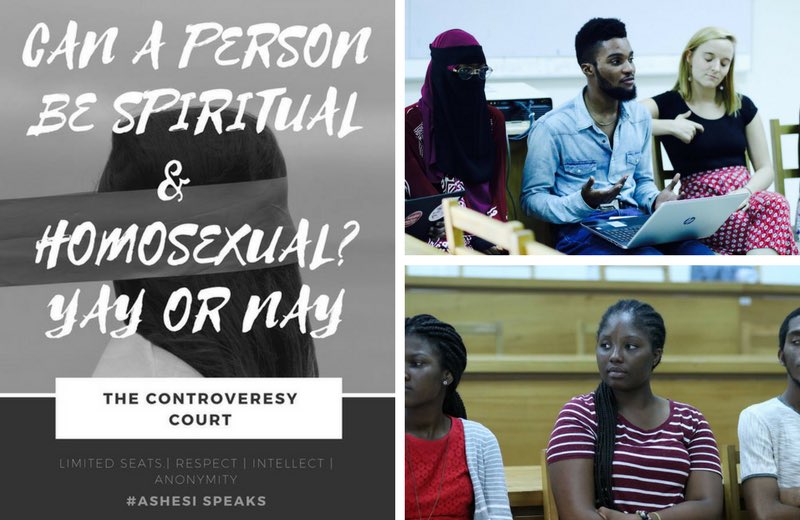 Melton Fellow Kwabena Ankrah is a Christian and has witnessed in multiple occasions the ostracization of people who are viewed to be gay. Especially in highly religious societies such as Ghana there is a conflicting relationship between religion and sexuality and the problem of stigmatization and marginalization of queer people. This particular issue has caused him to leave many churches in protest of their actions against queer people. He felt the need to create more awareness on the issue.

Thus, he organized a series of talks at Ashesi Campus on sensitive and forbidden topics. The event was so successful that participants barely fit into the classroom. The event helped to demystify certain erroneous perceptions on the issue of homosexuality and to create a safe and bold platform for students to freely speak about their beliefs and personal struggles without being antagonized or victimized afterwards for doing so. He continued the conversation on Social Media. This act brought in a lot of positive feedback, especially on Ashesi's campus, but it also brought in a lot of negative and hostile feedback, especially on Facebook. The topic continues to be sensitive but Kwabena has been bold enough to start a more open conversation.