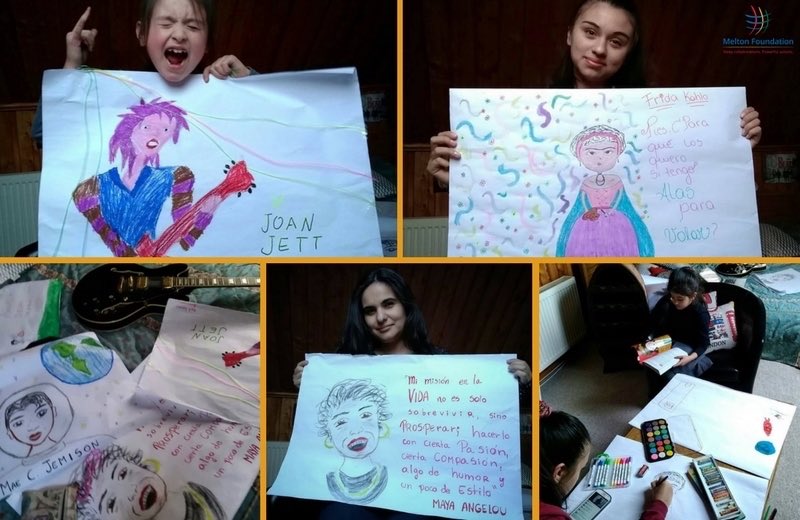 “I want them to realize that anything is possible if they have enough nerve and work hard.” says Ana Camila, when asked why she chose to design a hands-on storytelling activity for a group of girls in Temuco, Chile. After reading Goodnight Stories For Rebel Girls, they talked about how important it is for girls to have female role models to look up to. Then, they drew and painted the characters they found most inspirational. A key moment for Ana Camila was when she read the story about Joan Jett and one of the girls realized that women can be rock stars, too. “I could see in her eyes that something clicked inside, and afterwards she has been asking my brothers to play guitar while she sings because she really wants to be a rock star.”

For Ana Camila, it was clear that her Act of Global Citizenship had impacted the girls. And, the activity helped her develop the ability to tell stories to young kids in a simple yet powerful way. What’s even better: this simple act was only the beginning. One of the girl’s teachers loved the idea so much that she invited Ana Camila to do a similar activity at her school by the end of the year.