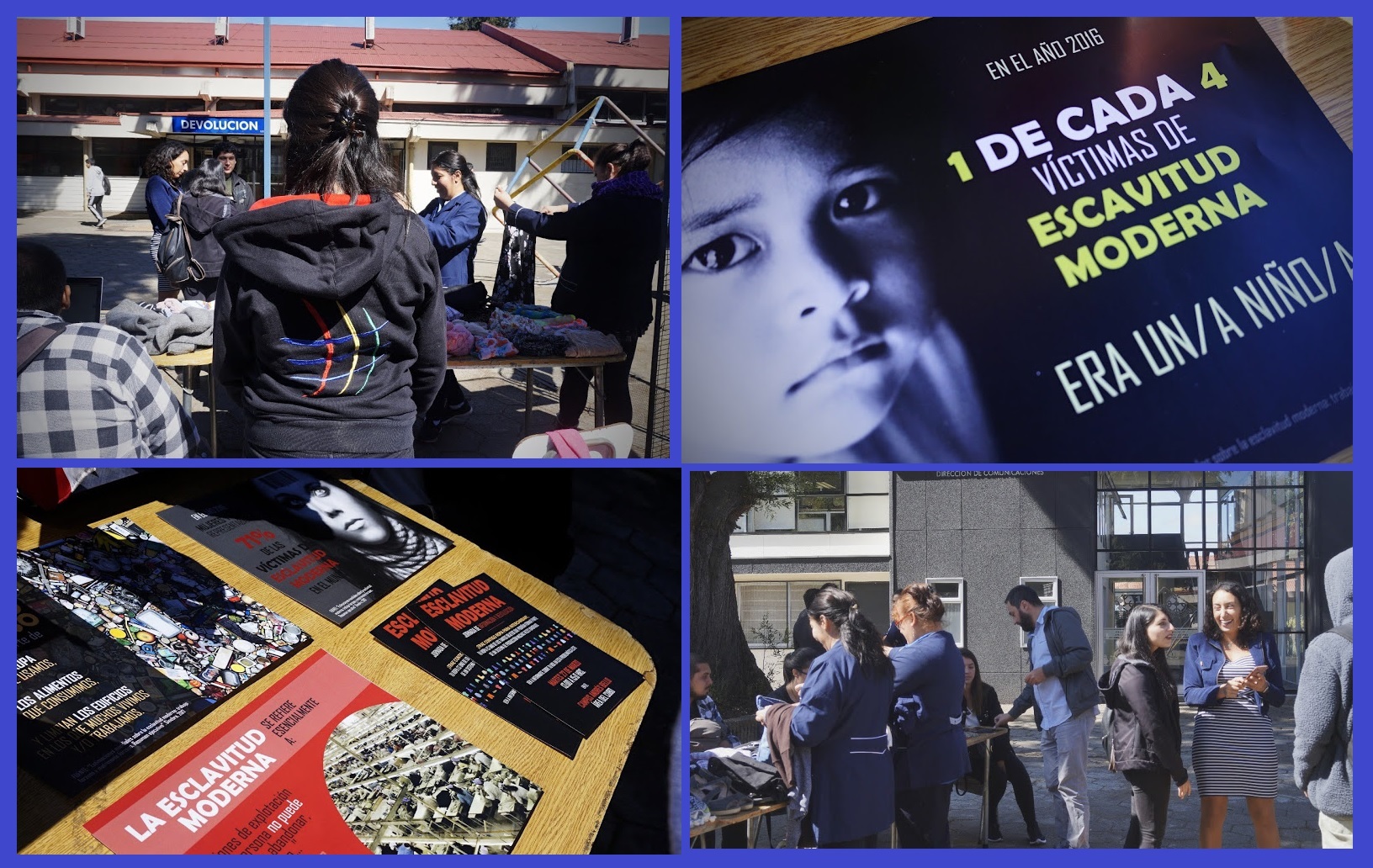 According to antislavery.org Modern Slavery is an invisible world issue, most people are not aware that slavery is still happening and that we contribute to keep it by doing something as simple as buying new clothes made by modern slavery victims.

Slavery did not end with abolition in the 19th century. Slavery continues today and harms people in every country in the world.

There are estimated 40.3 million people in modern slavery around the world, including:

Fellows took this issue to the streets of Temuco where the concept of 'Modern Slavery' I almost never discussed. "People in Temuco are not aware that slavery is still happening in the world or even in Chile. This issue is not discuss or even consider mostly because most people believe is something that we left behind years ago. After the GCC in Ghana, where we were able to see that the treatment that slaves recieved years ago in this part of the world, and knowing that modern slavery is still happening. We decided that the least we could do was make our community aware about this issue, as a first step."

Fellows set up an information stand and visitors could partipate by reading or listening the information. Also, participants could take the test "Slavery foot print" to find out the number of slaves that 'worked' for them through their everyday purchases. Once the test was completed, fellows offered gifts to participants from ressponsible manufacturers.

"We plan to do a second version of this act during the year."