What It Means to Commute in Bangalore 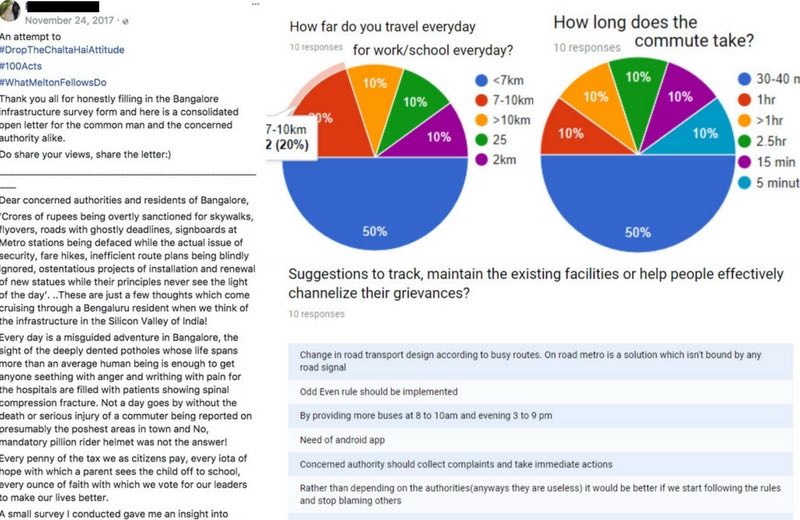 Melton Fellow Ranjini Rao HS commutes daily to college and faces a lot of issues because the facilities provided are not up to the mark. “Every day is a misguided adventure in Bangalore, the sight of the deeply dented potholes whose lives span more than an average human being. It’s enough to get anyone seething with anger and writhing with pain for the hospitals are filled with patients showing spinal compression fractures. Not a day goes by without the death or serious injury of a commuter being reported on presumably the poshest areas in town.”

Ranjinis first step to address that was to collect stories of other commuters to gain a better understanding of the situation. She used personal conversations and an anonymous survey to collect her data. Based on the results she drafted an open letter to the authorities in Bangalore and spread the word on Social Media.