Arriving in Mumbai, I had no expectations. I wanted to be open. I wanted to be challenged. The SIX summer school delivered an excellent opportunity to explore. Over two and a half days, we SIX participants attempted to explore how India’s emerging civic consciousness was impacting new thinking on other major cities, local citizens and the networks they weave together with their governments and institutions. There is no way to separate my experience as a cross-cultural communicator with the Melton Foundation from the process of talking about other organizations that attempt to do the same things.

When the conference began, I had hoped to get an essence of what social innovation means for Mumbai and its people. During our orientation, I was presented with a word I had never heard but whose meaning is well understood in environments with limited resources. Jugaad (or alternatively Juggaar) was explained to us a colloquial Hindi and Punjabi word that meant an innovative fix or a simple work-around, used for solutions that bend rules. I immediately began recollecting similar words used in my home country. Terms like ‘jury-rig,’ which usually meant to create a makeshift, ad-hoc solution from whatever resources you had available and make it work by any means necessary.

In more modern instances, we’ve used the term ‘hacking’ whenever a creative solution to a problem is implemented. I believe every country has its own Jugaad, and I was excited to explore the term further. My excitement, however, was short-lived. After only a brief introduction to the Jugaad concept, we became an audience almost exclusively subjected to an international myriad of social innovators presenting what they have done regarding social innovations in their respective countries. I asked myself, is this the exchange? Would what works in Australia even work here? Why are there so few Indian voices showcasing their own social innovations? Better still, where are the Mumbai voices? India is so dynamically diverse that no overarching Idea or practice would be the same in every region.

"There is no hard and fast rule for what constitutes social innovation. The core is an attempt at finding the greater good in the middle ground between problems, solutions, and sustainability."

My wishes were finally heard on day 2, when we took our talking out of the conference room and into the city. My team visited the rooftop garden of a Mumbai non-profit called Fresh & Local. Fresh & Local was established in 2010 by Adrienne Thadani, an organic food advocate and activist.  According to the Fresh & Local team, urban gardens have the capacity to empower city residents with the ability to grow their own food and medicine, create active outdoor urban places, green the city, improve air and water quality, increase urban biodiversity and build community. 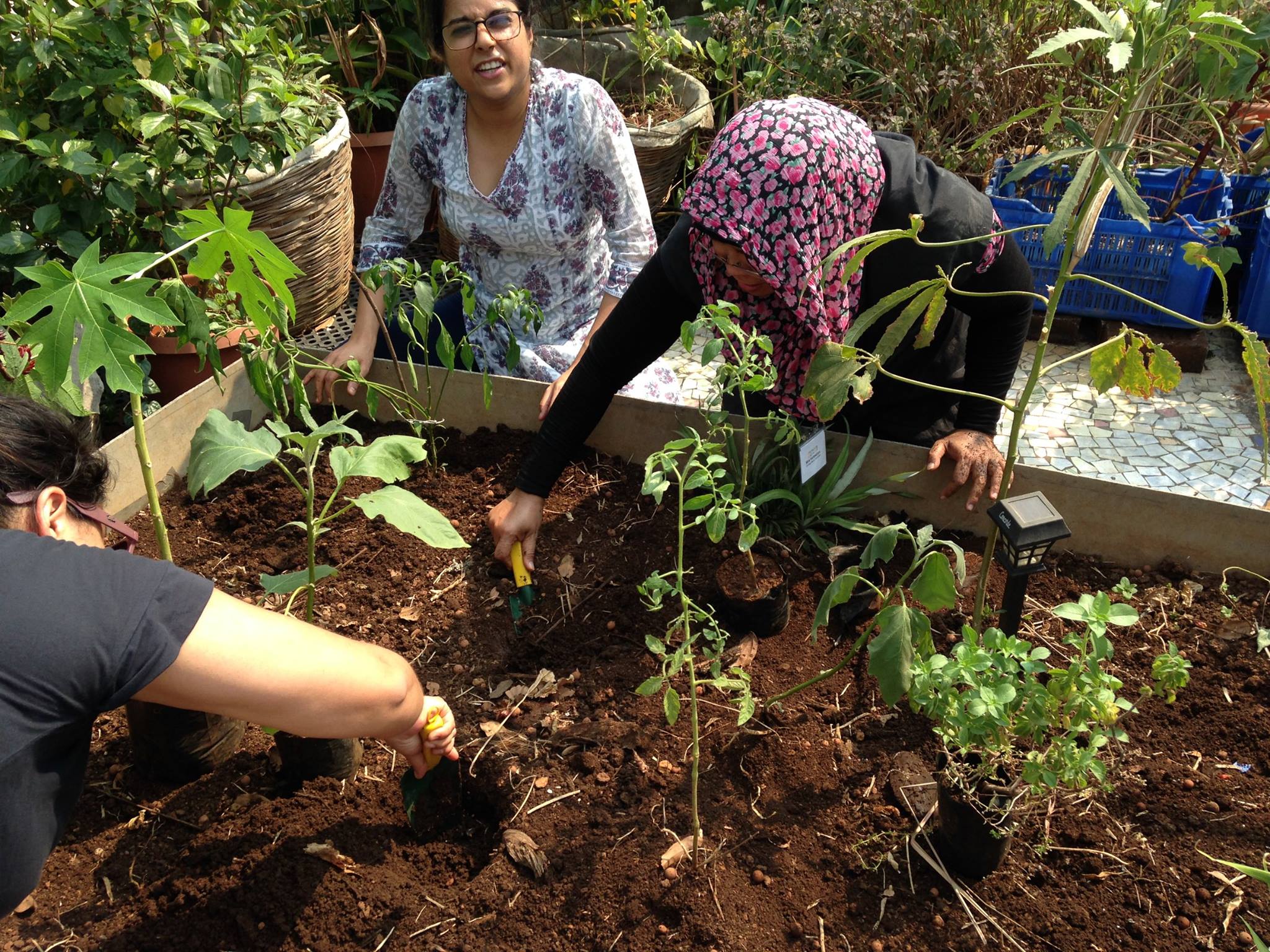 With the congested living spaces of the city, gardening seems unrealistic for the average metropolitan dweller, but this changes the conversation. My ‘Ah-ha’ moment came when listening to some of the challenges the organization has faced in garnering public support for what seemed like an excellent idea. It was then that I learned that jobs centered on the local knowledge of toiling the soil is usually discouraged by parents, who are hopeful that their children gain an education that would guarantee removal from the economics of manual labor. In as little as one generation, ancient agricultural knowledge and aptitude was being lost. As the day wound down and the wind blew through the potted bamboo, I knew that this was the education I had been after: seeing and feeling innovation with my own hands.

That night, the SIX arranged a party in partnership with the British Council. There, I met an amazing woman named Dr. Usha Nair.  Dr. Nair is the General Manager of For She, a taxi company whose vision is to establish a new paradigm of service delivery in India, facilitating women in achieving economic independence and extending support to them for leading a dignified lifestyle by providing needs-based skill development training. This is the kind of innovation of Mumbai that makes a real learning impact on us as visitors. Gender inequality is a global issue and For She addresses it on a grassroots level through a service that meets the transit needs of the population as well as the needs for women-led entrepreneurship.

My SIX experience taught me that there is no hard and fast rule for what constitutes social innovation. Social innovation means something different for grassroots activists, non-profits, corporate entities, and funders. The core is an attempt at finding the greater good in the middle ground between problems, solutions, and sustainability. As we develop as a global society, there will always be a necessity to revisit what social innovation means and how it can achieve the most impact.

For us Melton Fellows, the concept of peer-to-peer sharing of knowledge is not new. As fellows, we are brought together regularly for the cross-cultural examination of global issues, local actions, and community projects. I look forward to the possibility of a partnership with the SIX administration to fully utilize the mastery of cross-cultural exchange that the MF has garnered through its network.