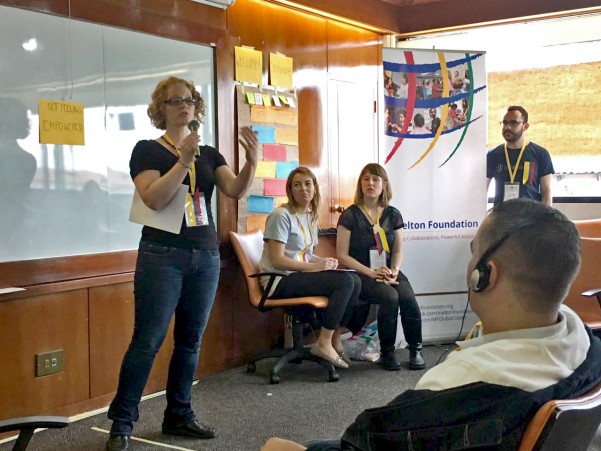 I arrived at International Civil Society Week 2016 in Bogota, Colombia full of expectations and open anticipation.  Expectations for learning and growth, as well as performance, as I joined seven Melton Fellows in presenting a workshop to this diverse and dynamic international gathering.  I maintained open anticipation, as I know these events always foster a je ne sais quoi for which one simply cannot prepare.

As the week started, it was comforting and surreal to be surrounded by hundreds of global colleagues, each working individually and in cooperation towards a more just, equitable, sustainable world.  It occurred to me that though it was a created context—one that would not organically happen in one’s daily life—it was an experience from which all people would benefit from having experienced.  At once, I felt powerful and connected, as well as small and limited.  The task ahead was so large, so powerful; yet, so was the promise held in this room.

I participated with pride as I watched our delegation present a successful workshop.  Eight Melton Fellows (1 Junior; 7 Senior, including 3 staff) originating from 5 nations, having worked together online for a period of weeks, inspired and connected global activists and leaders.  This was successful Global Citizenship in the flesh!

Of particular inspiration was the question of how to use art to “empower citizens and activists for transition.”  Many examples of art as a driver of social change were presented, including Margaret Rose, Trinidad and Tobago native.  A practicing attorney and gifted musician, Ms. Rose performed her powerful song which won the international “Set Them Free” competition, aimed at promoting the freeing of political prisoners.  “Art has the power to move us, to catalyze us, to make us realize we are one,” she said. 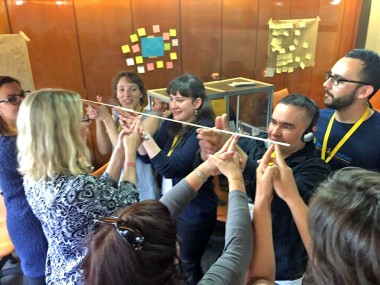 A dynamic presentation from the Rhize Foundation challenged those in leadership to connect with youth as more than token representatives of social changes.  As a Melton Fellow, I connected to the belief that youth are important and necessary leaders in the process of improving our collective well-being.  It reinforced my pride to be part of the Melton Foundation, and provided an opportunity to learn about research-based ways in which true youth leadership can be fostered and supported.

I also had the opportunity to mentor a young woman from South Africa, currently living in Venezuela.  Sibongile had recently awakened to a sense of purpose and potential, as well as to her own power to impact change in how gender, race and sexuality intersect in her home culture.  It did not seem so long ago that my own vocational and avocational passions were being fanned into flame, and I was proud to serve as a small light along the way of her path. 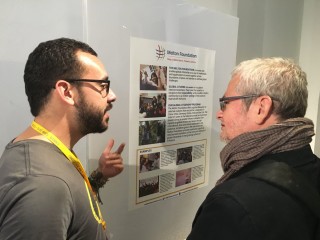 Throughout the week, we were faced with major, seemingly insurmountable challenges, and then encouraged by stories of triumph.  I was especially touched by the Individual Activist Award winner Tabassum Adnan from Pakistan.  As an advocate for women’s and girls’ rights, she has accomplished the unimaginable, taking on generations of tradition, as she addresses issues like revenge acid attacks, education, child marriage, and the use of women as commodities.  As I met her in a courtyard outside the presentation hall, I could not help but weep as I greeted and thanked her for her work.  As the mother of 4 girls, I know that my own daughters’ rights are tied up with the rights of all girls, everywhere.  And, in that moment, Ms. Andnan, activist, leader and award winner, simply hugged and kissed me, demonstrating the powerful spirit of love that inspires her tireless work.

Equally as inspiring was the wisdom shared by Leonor Zalabata Torres, an indigenous leader from the Sierra Nevada mountains.  Although ICSW is an international gathering, it would not have been complete without having heard from a local, indigenous leader.  “Peace is not outside us,” she said. “It is inside us.  It is in nature.  That is why nature is the mother who will tell us how to live in peace.”

As the week came to a close, I and my fellow team members shared in our collective pride of our successful workshop, the global connections we had made, and the increased awareness of the Melton Foundation’s role in developing and supporting lifelong Global Citizens.  We identified the ways in which we could continue to build on our 25-year foundation.  It became clear that, although the Melton Foundation is not new, it has never been more relevant to the important work ahead of us as individual Melton Fellows and as collective Global Citizens.

Thank you for the interesting report Melanie!
It's great to read about your personal experiences as well as the people you met during this special week. I am especially interested in the part where you wrote about art as a driver of social change. It would be lovely if you could send me some recommendation of artists you met or heard about!
Thanks a lot!