Our slogan ‘Climate Change – be the solution, not the cause’ exactly reflects what I want to do as part of this group: spread awareness about the existence of Climate Change in my community and share knowledge about how each of us can become part of the solution. 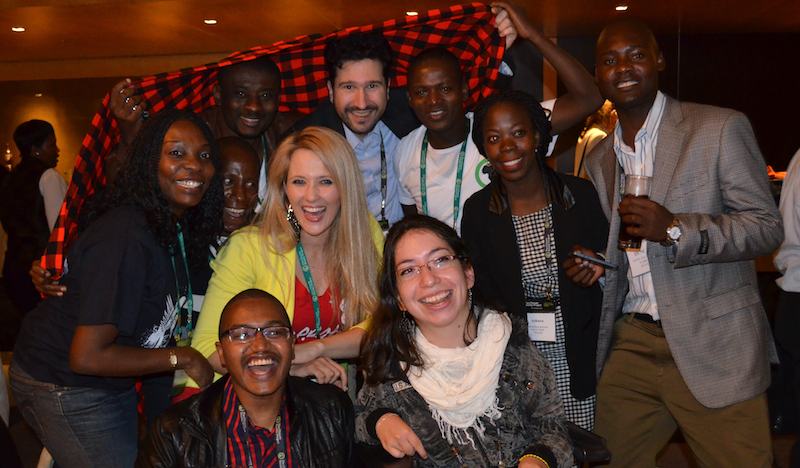 In spite of the threatening situation, governments around the globe are still not doing enough to mitigate the changes. Melton Fellows partner with established organizations specialized in climate campaign and caring individuals to raise awareness around the globe, about the causes, costs and consequences of climate change, and how even a simple action can make a difference. The name of the game: #ClimatePUSH - People Uniting for Sustainable Habits.

... for the project was generated by Melton Fellows based in Chile, Germany, India, Mexico, Peru, and the US; it was brought together by The Climate Reality Project, and brought to life together with partners from South Africa: Generation Earth and Lead SA. The Climate Action Team started its work in February 2014 and in March some of the team members participated in the intense three-day Climate Reality Leadership Training in Johannesburg, South Africa. As certified Climate Leaders, they are part of a global network of community leaders and activists committed to solving the climate crisis.

The team leverages core-competency of any global citizen when they incentivize and collaborate with communities locally and globally to inspire simple, creative actions to effect change. After all, mitigating Climate Change also starts with small acts every day, which “when multiplied by millions of people, can transform the world”, as Howard Zinn once said.

The team members set out to organize campaigns locally. In addition to inspiring actions, each of them is documenting them and make them available on the web to build visibility for everyday actions and to inspire others to join in. The word about a colossal ClimatePUSH is already out in Chile, Peru, India, US, Mexico, Germany, and South Africa, and it's ready to be spread in many more places and communities.

You, too, can be the solution - it's just one click away.